Center for Human Rights in Iran
by Mansour Farhang 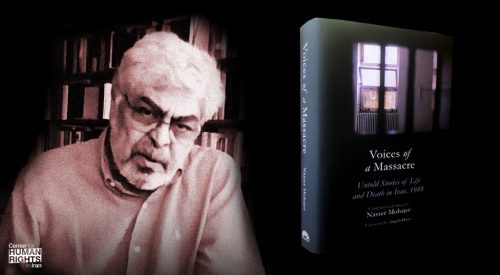 In 1988, the Supreme Leader of the Islamic Republic of Iran, Ayatollah Khomeini, issued a secret fatwa (a religious edict) ordering judicial authorities to execute between 4,500 and 5,000 political prisoners. The inmates were men and women, young and old who had been arrested over the previous ten years for their dissident views or participation in street demonstrations. Some were teenagers at the time of their arrest.

A tribunal that came to be known as Death Commission carried out the order within three months. Bodies of the victims were buried in mass graves and their families were kept in the dark. Three months later prison authorities informed the families but threatened them with retaliation if they try to publicize the massacre. […]