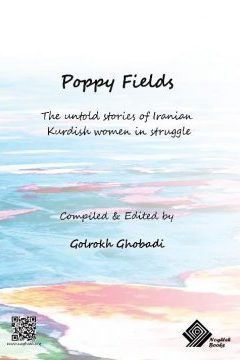 Poppy Fields is concerned with the Struggle of Kurdish women from Iranian Kurdistan during the years following the Iranian Revolution of 1979. Narrated by Goli Ghobadi, one of the first Kurdish women who joined the Movement against the state authorities of the Islamic Republic of Iran, Goli Ghobadi depicts the oppression faced by Kurdish women as well as the evolution of their struggle. The book vividly depicts the challenges of everyday life and the agency of Kurdish women who fought on different fronts and against all kinds of subjugation. Goli Ghobadi also demonstrates how women’s participation in the movement weakened obsolete social structures, especially patriarchy, and paved the way for the formation of new ethnic and gender identities for the Kurdish women of Iran.