The Book of Prison – Volume 2 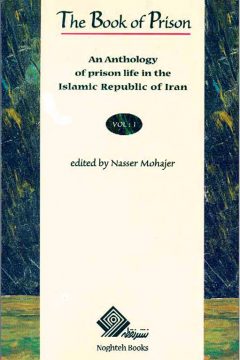 The Book of Prison (An Anthology of Prison Life in the Islamic Republic of Iran)
Vol. 1
Ketab-e Zendan (“The Book of Prison”) is a collection of two volumes which aims to provide a comprehensive account of the prison system and the experience of incarceration in the Islamic Republic period. From 1979 to the present day, the prison system has been a continuous element in the contention between the state and dissident forces, as well as contrast within the state elites themselves. Nearly all political movements which have been active in Iran during these past four decades have experienced jail as an essential element of their activities and very existence. This experience has been defined by the worst forms of imposition of prison practices, from the extensive use of torture to obtain confessions, through to systematic extra judicial capital punishment, especially in 1981 to 1988. The present compilation seeks, at times starkly, to raise awareness on these issues for a wider Persian audience. Its editor, Nasser Mohajer, is of the belief that the persecution of individuals on political and expression grounds will continue as long as the general awareness of related prison practices will remain limited.
In order to present an authentic record of the prison system in Iran, the narrative is centred on the reminiscences of the prisoners themselves, from all corners of the country. This first volume contain 13 Chapters covering topics such as ●Phases and Stages in the Development of Prison System during the Islamic Republic of Iran period ●Islamic Penitentiary ●Stages and Forms of Arrest ●Interrogators, Interrogation, Types and Mechanisms of Torture ●Renegades and Penitents ●Religious Minorities in the Islamic Penitentiary ●Visitation Procedures and Constraints ●Gender Discrimination ●New born and Prison Children. 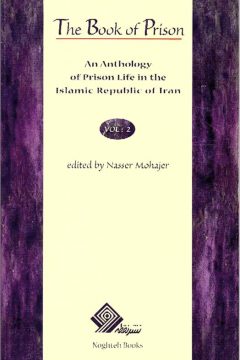 The Book of Prison (An Anthology of Prison Life in the Islamic Republic of Iran)
Vol. 2
Nasser Mohajer has opined that “A vital task for those who challenge despotism is to fight against forgetfulness. A cornerstone of Resistance is to resist forgetting which motivated us to record the defiance of tens of thousands who stood face to face with the Islamic Republic and resisted. The Prison Books are a contribution to struggle against collective amnesia.”
In the preface of the second volume of the Book of Prison, Mohajer argues that: “The responsibility of not forgetting the brutalities and atrocities committed by the Islamic Republic rests to a large degree on the shoulders of the generation who has lived the hideous crime. This book retells true stories of those who bravely endured and resisted the Islamic Republic’s imprisonments and brutal tortures.
The narrators come from diverse socio-economic backgrounds and were members and supporters of different political organizations. Some were not political activists and adhered to diverse religious persuasions.’’
This Second Volume of the Book of Prison, contains 14 Chapters covering topics such as ●Everyday life inside the Prison ●Psychological Disorders ●Suicides ●Executions: Profiles of 13 executed men and women ●Last Wills and Testaments ●Prison Letters, Escape, 1988 Massacre ●International Human Rights Organizations and the UN ●The activities of organizations of the families of political prisoners ●Freedom: Life After Prison ●Memorials: The Struggle against Forgetfulness.