Women in the Shadow 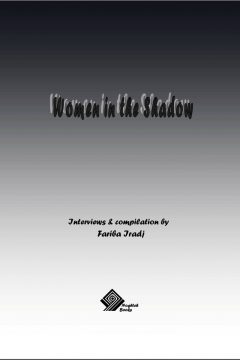 Five young women from one of the provinces in Iran, whose husbands were either imprisoned or executed during the rampant repression of the 1980s, recounted their traumatic experiences with Fariba Iraj. First one on one, and then in a group everyone shared their stories.
The following is what Fariba Iraj says about this innovative and unique approach:
“Aside from two of the women, I didn’t know the rest. I had better say that I had only heard of their names and few things about their lives. For example, I had heard of the hardship that Ladan had to go through in order to visit her husband. She had to travel in extreme heat and cold weather to visit him in one of Tehran’s prisons. On several occasions she was not even allowed to see her husband. I had also heard that she had to endure mistreatments at the hands of prison officials. She would put up with these mistreatments, and would not utter a word. Here and there, I had also heard things about Azadeh that were disturbing. After her husband’s execution, she was being pressured by her mother and father in-laws to marry her brother-in-law. I had heard of stories about her resisting them. Ava’s story was also one of my preoccupations. How she was able to live in hiding with a two-year-old child and escape from one city to another. I wanted to know these women and listen to their stories. I felt that it was their womanhood that made me sensitive to their predicament. I could see that the men around me did not face similar problems, and if they did, they would respond differently.”